Age is no obstacle to enjoying life 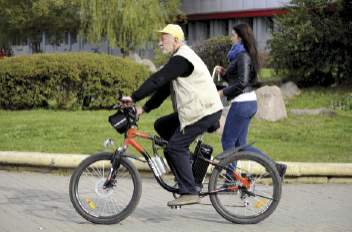 
The trend is for the population to live longer: the UN definitions categorize a population as ‘old’ if there are at least 7 percent of people aged 65 years or more. In Belarus, at the beginning of 2014, the share of ‘elderly’ reached 13.9 percent.

Age is no obstacle to marriage, with 684 weddings taking place in 2013 where both spouses were aged at least 60; the figure rose significantly last year, with 896 women of elderly age marrying and 1,433 elderly men becoming grooms.

The International Day of Older Persons has been celebrated annually, on October 1st, since 1991 — initiated by the General Assembly of the United Nations Organization.
Заметили ошибку? Пожалуйста, выделите её и нажмите Ctrl+Enter