Novogrudok, like neighbouring Nesvizh and Mir, though modest in size, has made a significant contribution to the culture and history not only of Belarus, but of neighbouring Lithuania, Poland and even Russia. Founded by Grand Duke Yaroslav the Wise, the city celebrated its 970th anniversary recently. We visit one of the country’s oldest towns. 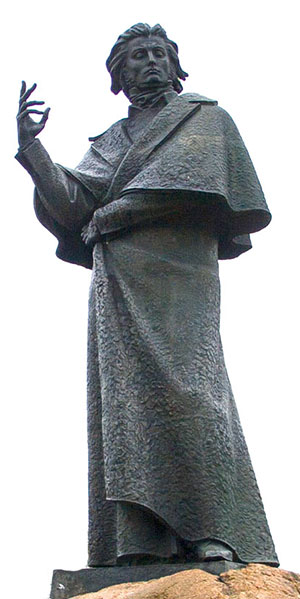 Belarus is relatively flat, making Novogrudok seem more like Switzerland! Some streets are on a steep incline, so that local residents joke about walking up and down rather than forward or backward. Tourists flock to one of the highest points in Novogrudok District (at 323m above sea level), which features the majestic ruins of a medieval stone castle. It cuts a romantic stance in the morning mist. Interestingly, its walls and towers went unassailed by Teutonic knights and Tatar soldiers.

After the war, archaeologists from Leningrad conducted digs, taking most of their finds to the Hermitage and the Institute of History of Material Culture. Part of the building is now undergoing restoration, using specially made bricks (easily distinguishable from the old), conducted under the state Castles of Belarus programme. Its Shchitovka Tower is to host a museum exhibition, including a model of how the castle would have originally appeared.

Residents of Novogrudok hope to make their ancient city a tourist centre, attracting those who head to nearby Mir and Nesvizh. Of course, it’s important to retain originality and individuality. The city boasts the house-museum of ingenious poet Adam Mickiewicz (claimed by Lithuania and Poland). Born in Novogrudok, the museum is the only such in Belarus dedicated to the poet. Nikolay Gaiba, who directs the site, has spent many years researching Mickiewicz’s life. The typical manorial estate dates from the early-19th century, including a side wing, a storeroom for utensils, a well and arbour.

Mr. Gaiba comments, “Unfortunately, all this has been reconstructed, as the original house, where the well-known poet was born, burnt down twice. Meanwhile, a bomb destroyed the museum, operational from 1938, during the first days of the Great Patriotic War. Only the fundamental parts date from Mickiewicz’s times. The decision to restore the museum was made in 1948 and, in 1955, it opened to the public. It has been welcoming guests in its present form since 1990 (following reconstruction).”

The fate of Mickiewicz’s family home echoed that of the poet, who experienced much drama. The exhibition currently boasts over 500 artefacts, including books published while the poet was alive. For five years, he lived in Russia, becoming friendly with Zhukovsky, Pushkin and other known poets of that time. Pushkin gave a glowing account of his Belarusian colleague, as confirmed by exhibits in Novogrudok, thanks to co-operation with the Moscow Museum of Pushkin and other Russian archives. Pushkin’s manuscripts include sketches of Mickiewicz’s portrait in the margins. 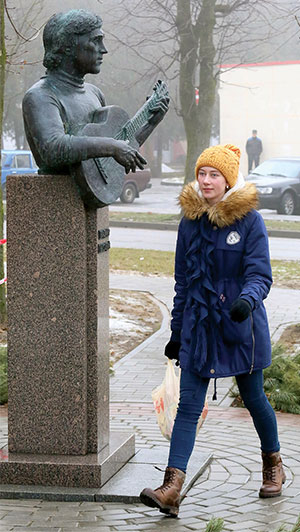 This affinity of poetic souls grew over time, and is manifested today by genuine interest among Russians, who are keen to discover more about the creativity and fate of Adam Mickiewicz. Every year, ever more Russians visit his house-museum in Novogrudok. Mr. Gaiba tells us, “One of the most paradoxical questions asked is who was more talented: Pushkin or Mickiewicz? Obviously, Pushkin is closer to Russians but, when they learn that Mickiewicz was not only a poet but a professor of two universities they realise that comparison is inappropriate. He taught in Swiss Lausanne and France’s Collège de France, and headed the Department of Slavonic Architecture at the University of Paris. Each of these poets was a genius.”

It is surprising that their destinies are so closely intertwined. In fact, Pushkin’s son, Alexander, served in Novogrudok and, at the age of 5 months, Alexander’s son (the grandson of the great Russian poet) died. He was buried there, his gravestone located in the old Christian cemetery, and inscribed ‘Младенецъ Петръ Пушкинъ’ (infant Piotr Pushkin).

Not far from the museum, in a tiny public garden, there’s a bust erected to another well-known Russian poet: talented singer, composer and actor Vladimir Vysotsky. Created by Belarusian sculptor Gennady Buralkin, it was unveiled in 2012 and was the first one of such a kind in Belarus. Mr. Gaiba explains, “In 1969, Vladimir Vysotsky spent several months in our city, shooting a film based on works by famous Belarusian writer Ales Adamovich: Sons Go to Fight and War Under the Roofs. Here, he wrote several famous songs and it’s said that he performed his guitar songs for local residents sometimes. His beautiful wife, Marina Vladi, is remembered fondly.”

Several well-known Belarusian poets are closely connected with Novogrudok District: Yanka Kupala lived there for some time, while Yakub Kolas was the Deputy for Novogrudok Region during the days of the BSSR Supreme Soviet. Last June, a private art gallery opened and has since been welcoming student-sculptors for open-air events. Some of their best works now adorn the city’s squares and streets.

The local children’s and youth sports Olympic reserve school #1 has already produced several biathlon champions. Young Dmitry Budilovich is one of its most recent successes, having taken medals at the Biathlon World Cup. The school opened its own museum of skiing over five years ago, gaining more exhibits over time. Some are already over a century old while others are more modern. Famous past pupil Lyudmila Ananko, of double Olympic Games biathlete success, has contributed several artefacts. Meanwhile, Novogrudok boasts the recently opened Biathlon and Skiing Department: the Lida branch of the Grodno Olympic Reserve College (at Gymnasium #2). There, youngsters are fully supported by the state as they train. 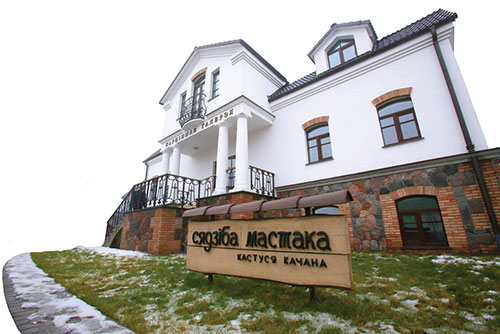 “Homestead of Kastus Kachan painter” art gallery was built in 2012. It is situated in the centre of Novogrudok, on the way from the city square to Zamkovaya mountain

Close ties exist with Russian colleagues, as the school’s director, Victor Litvinsky, confirms. He tells us, “Twice annually, we send our guys to Murmansk, where the snow is knee high by November — unlike here. Our guys usually ski 550km daily during training. Russians also come to our sports-biathlon complex to train, located near the village of Selets. This allows coaches to exchange experience, and compare results.” 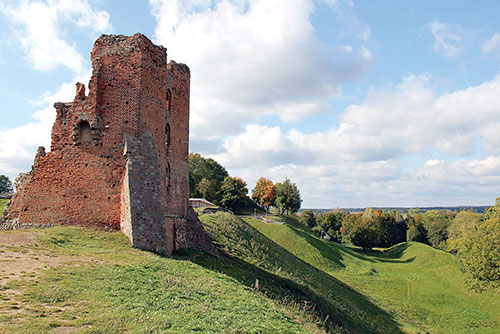 One of the main sights of Novogrudok Region are the ruins of the ancient castle. Novogrudok Castle
(Mindovg’s castle) was laid at the site of the ancient town, at Zamkovaya mountain — a high, partially bulk hill, that was surrounded by a ditch


The First Deputy Chairman of the Novogrudok District Executive Committee, Yuri Makarevich, notes that more young people than ever are coming to the district, taking advantage of accommodation and interesting jobs. There’s no doubt that Novogrudok District has a bright future.