The National Bank’s strategic task: to strengthen trust in the Belarusian Rouble

Ability to stay ahead

Introducing the Chairman of the National Bank’s Board, Pavel Kallaur, President of Belarus Alexander Lukashenko named the Bank’s priorities, including ensuring the stability of the national currency. “You are facing the strategic task of strengthening public trust, as well as that of enterprises, in the national monetary unit: the Belarusian Rouble,” said the President. 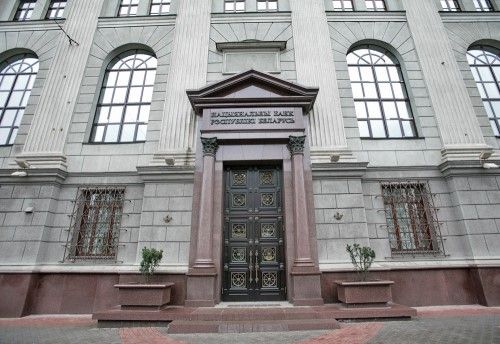 The economy’s reliance on ‘dollarisation’ needs to be reduced, but not by artificial restrictions. Mr. Lukashenko believes that real and effective measures are crucial in order to raise the volume of deposits and loans in the national currency. He stresses that people should not be afraid to keep savings in local currency and is eager that people refrain from ‘rushing to exchange offices upon receiving their paycheck, to get rid of their Roubles’.

Mr. Lukashenko notes that retail deposits are protected by the state, as ‘has always been the case and will remain so’ and that the National Bank has stabilized the situation for the time being. However, he wishes to see a long-term plan of proactive effort, especially in matters of exchange rate policy.

Pavel Kallaur isn’t new to his colleagues, having spent his whole career with the banking system, first as a non-management employee at the district level, to his current position as the First Deputy Chairman of the National Bank’s Board, where he has worked for 17 years. His accumulated experience enables him to immediately see to the heart of problems and take prompt decisions.

The Head of State has tasked the National Bank with increasing the efficiency of the banking system and attracting additional financial resources into the system, to provide loans to the real economic sector. He underlines, “Banks should expand their operations on the international market and tap the debt market, no matter how impossible it might seem. He adds that banks should look for money in the same way that exporters seek out new sales markets.