Тhe two republics have enjoyed good relations since the Soviet era and we’re very familiar with the Moldovan black cherry, peaches and apricots, as well as its wines and cognac. Moldovans are highly appreciative of Belarusian machinery. At the political level, diplomatic relations have been based on trust, and consequently, there was a warm welcome for the visiting president, Nicolae Timofti, from Alexander Lukashenko. After the orchestra had finished playing the anthems of the two states and soldiers of the Guard of Honour had solemnly paraded, the two presidents enjoyed a friendly conversation before moving to their business meeting. 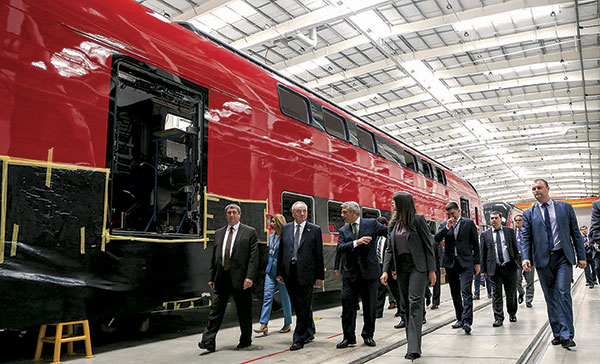 Nicolae Timofti during his visit to the Stadler Minsk enterprise


During the negotiations, the two sides expressed a mutual interest in strengthening their economic partnership. There is already an existing basis for this. Moldova, with a population of 3.5 million, is the fourth biggest trading partner of Belarus  within the CIS (after Russia, Ukraine and Kazakhstan). The trade turnover, which initially reached $400m, surprised even Alexander Lukashenko. The two countries are still keen to raise the volume of bilateral trade. Mr. Lukashenko is convinced that even Moldova’s orientation towards the EU and European integration won’t be an obstacle, “We don’t politicise the fact of Moldova’s signing the association agreement with the European Union. Relations between the two countries have always been amicable in trade as well as politically, and we are confident that it will remain so on both sides”.

Nicolae Timofti affirmed the desire of his country to build such bilateral relations with all neighbours, as they have with Belarus. “The future of the countries of Europe and of the world is in our hands,” he adds. He referred, of course, to the will of the political leaders of these countries. Both presidents understand well each other; such is their long-term relationship. This understanding certainly is worth valuing, particularly when we consider that Belarus and Moldova have obligations to their partners in other alliances. It’s necessary to use the advantages of integration and minimise the risks for bilateral trade. Mr. Lukashenko sees the most logical path as setting up joint production, aiming to enter the markets of  the third countries, including the European Union and the Eurasian Economic Union. In other words, our states should become a bridge between the two markets. 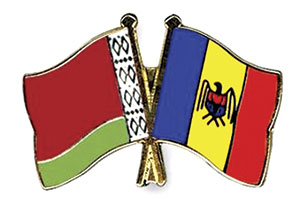 The first steps towards industrial collaboration have already been made, with Belarusian trolley buses and tractors being currently assembled in Moldova; MAZ buses are next in line. There’s also interest in organising the joint processing of Moldovan fruits and vegetables in Belarus. Considering our developed industrial and logistical infrastructure, Belarus should become a base for the processing, storage and promotion of Moldovan goods to the markets of the Eurasian Economic Union. The proposals are welcomed, and Mr. Lukashenko has only one condition, “It’s imperative that these goods are of high quality and that entrepreneurs come to us with transparency, winning tenders and gaining contracts fairly.”

In the economic respect, Moldova currently lags behind its neighbours, with its GDP standing at slightly more than $2,000 per capita. Belarus is eager to share its developments and experience in industry, agriculture and construction. For example, Moldova will need to reconstruct almost 10,000 kilometres of roads, and Belarusian specialists are ready to aid the construction of the ring road around Chisinau. Modernisation of the railway infrastructure is also in the pipeline, and up-to-date electric trains, manufactured by Stadler AG near Minsk, are planned. The Belarusian Oil Company will jointly organise wholesale and retail networks in Moldova to sell Belarusian oil products.

Agriculture is still the major source of revenue for Moldovans. As in our country, Moldova doesn’t have deposits of mineral resources, so it has to use what nature has given it to the utmost: fertile soil and a temperate climate. The 2010-2014 national agricultural development strategy is still being implemented.

There is also an increase in cultural exchange programmes, with Days of Belarusian Culture held in Moldova this autumn and a return visit planned for next year. Following the negotiations in Minsk, a considerable package of measures has been agreed upon, dealing with the exchange of legal information, as well as liaisons in industry and cultural ties.

Mr. Lukashenko stressed that, during the visit, considerable attention was given to looking for new ideas for interaction, aiming to develop bilateral trade-economic ties. According to the Head of the Belarusian state, industrial co-operation is a promising area for collaboration in all spheres of mutual interest with the entry of joint production to the markets of the third countries, including the countries of the Eurasian Economic Union and European Union. The Head of State confirmed that there are no political issues between Belarus and Moldova. The two countries constructively cooperate on international platforms, including the UN, OSCE, CIS, and other universal and regional organisations. According to the Belarusian leader, more dialogue between the parliaments should be encouraged. He emphasised that the two heads of state had concluded a productive and substantial meeting, with especially positive plans for the spheres of science, education and sport.

Mr. Lukashenko believes that both states have a strong base on which to build bilateral relations. He expressed confidence that, after the current visit of the Moldovan President to Belarus, the two states will significantly expand their co-operation. “We now need to move forward together and we are ready to do so,” stated the Belarusian leader.